Newport Beach’s John C. Manly was the most talked-about local lawyer during the past year, but he certainly wasn’t alone. Here’s our list of Orange County’s 12 most buzzworthy barristers.

Many law firms have “rainmakers”— attorneys who are charged with bringing in new business. But there’s an altogether different type of attorney, the ones we call “wavemakers.” They’re the ones whose work sets important legal precedents, leads to large jury awards or settlements, or who are involved in prosecuting or defending high-profile cases.

Orange Coast set out to identify the county’s most significant legal wavemakers from the past year or so, and came up with a list led by John C. Manly of Irvine (the so-called scourge of the Roman Catholic Diocese of Orange) who grilled Bishop Tod Brown in a deposition with surprising results. We’ve designated him as this year’s most talked-about lawyer in Orange County.

But our list also includes the two government lawyers prosecuting former Orange County Sheriff Michael Carona, as well as Carona’s lead defense counsel. They’re scheduled to meet in court in June. It also includes the attorney who won a record-setting $50 million settlement for two women left quadriplegic after a road accident, and a local real-estate attorney who bested fabled law professor Erwin Chemerinsky when he defended a bar’s right to be free of a neighbor’s defamatory vitriol. And of course, there’s Chemerinsky himself, who’ll take over as dean of the law school at the University of California, Irvine in July.

Of course, for some local lawyers, the headlines weren’t all good. So, to add a little texture to the list, we also singled out two local attorneys who were talked about for all the wrong reasons.

The case started as a neighborhood dispute between a Newport Beach tavern and a woman who lived across an alley from it. In hiring Irvine attorney Scott Russo, the Balboa Island Village Inn just wanted him to find a way to stop Anne Lemen, a self-styled Christian evangelist, from verbally harassing the bar’s staff and customers. She had told other neighbors that “sex videos were being filmed inside the Inn,” and “it was involved with the Mafia.”

“We started with a list of things she shouldn’t be able to do,” recalls Russo, who, at the time, was far more versed in business and real estate cases than he was in First Amendment law.

It took six years for the California Supreme Court to rule that Lemen shouldn’t be able to repeat defamatory statements about the inn—a precedent-setting decision and a career coup for Russo. In his first case before the court, he prevailed over First Amendment titan Erwin Chemerinsky (found elsewhere on this list), who represented Lemen. “To beat him on an issue of which he is one of the most noted scholars … was pretty neat,” Russo says.

As Russo explains, U.S. courts have traditionally frowned upon any “prior restraint” on speech. But a 5-2 majority of the Supreme Court affirmed an Orange County trial judge who had granted the inn an injunction against Lemen in 2002. A “properly limited” restraint on repeating speech that has previously been found at trial to be defamatory does not violate the First Amendment, it ruled in Balboa Island Village Inn v. Lemen. “Our case was like a perfect storm,” says Russo.

Lemen has moved away from the neighborhood, and the inn, where peace has prevailed. As for Russo, he’s not sure how much business he’ll get from winning a case against free speech. “When you’re fighting for free speech,” he says, “you probably have more people looking for your services.” 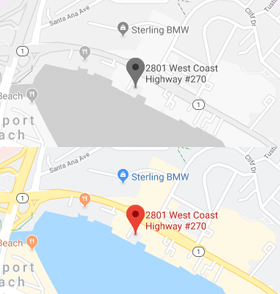